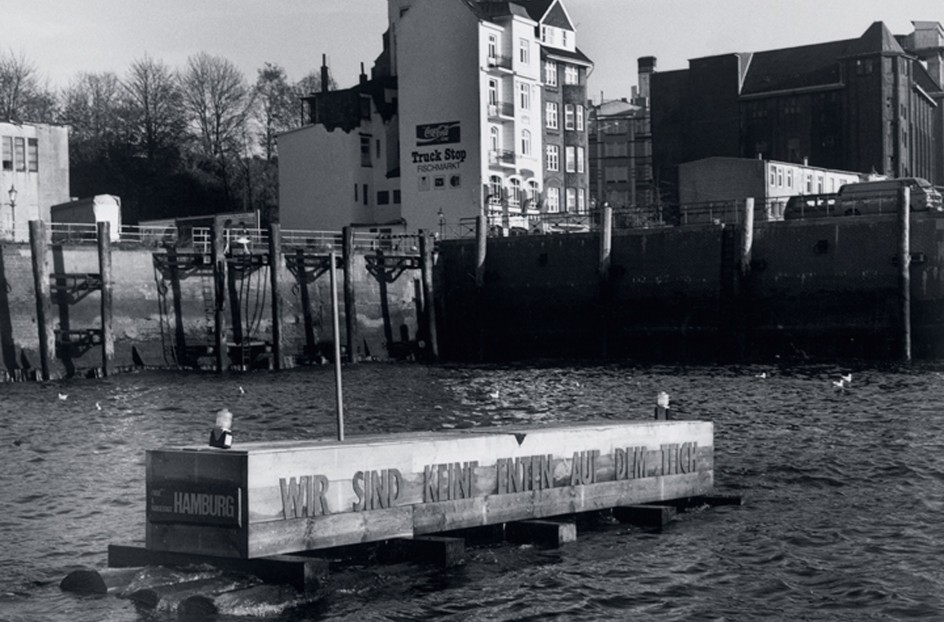 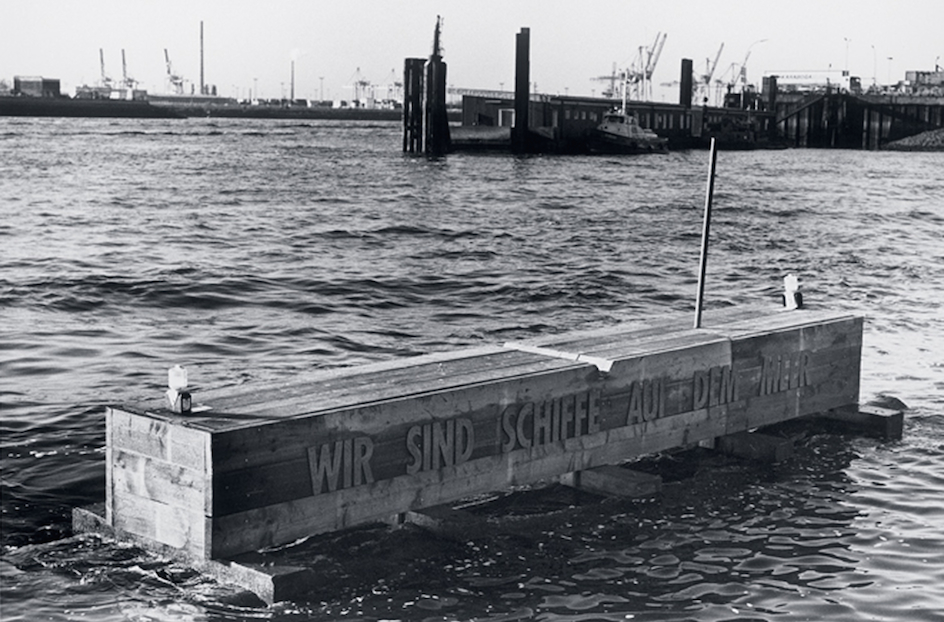 The program Wir sind keine Enten auf dem Teich. Wir sind Schiffe auf dem Meer.* (We are not ducks on a pond. We are ships at sea.) will take place from April 2014 to May 2016 both in and outside of Hamburg. International artists and discussions of art in public spaces are tied to the specific past and present of such works of art in Hamburg. The project’s title is a quotation of a work by the American artist Lawrence Weiner from 1989. It was realized as part of Hamburg Projekt 1989 (Hamburg projects 1989). Many of the projects took the form of intervention, commentary, and involvement in the functional structure of the city, so that Hamburg Projekt 1989 marked a turn toward process-based, ephemeral, and context-specific projects.

The program titled Wir sind keine Enten auf dem Teich. Wir sind Schiffe auf dem Meer.* produces connections between the city, art, and politics reads them in contrast to a traditional Western reading in order to do justice to a twenty-first century Europe. Concepts such as “urban” and “public” are viewed from an expanded perspective: How is urban space subdivided by politics and by the senses? By what mechanisms and under what conditions is a public sphere created and what exactly becomes “public”? The goal of the artistic and discursive activities of the Stadtkuratorin Hamburg program is set to begin from Hamburg but seeks to contribute to the international discourse on “European” and “Global” art and culture in urban spaces.

This municipal curatorial project covers three areas: “Activating” explores and evaluates the history of already existing works of art in the urban space of Hamburg under the conditions of a transcultural art history. “Curating” examines material and performative strategies of contemporary art: What art is necessary and appropriate in times of the erosion of public democratic spaces through the influence of private interests and increasingly rebellious cities? “Educating” initiates cooperative projects on theoretical and practical learning of spatial thinking .