Europe, the City Is Burning

Esther Shalev-Gerz and Suzana Milevska in discussion with the audience on Saturday. Photo: Tim Albrecht 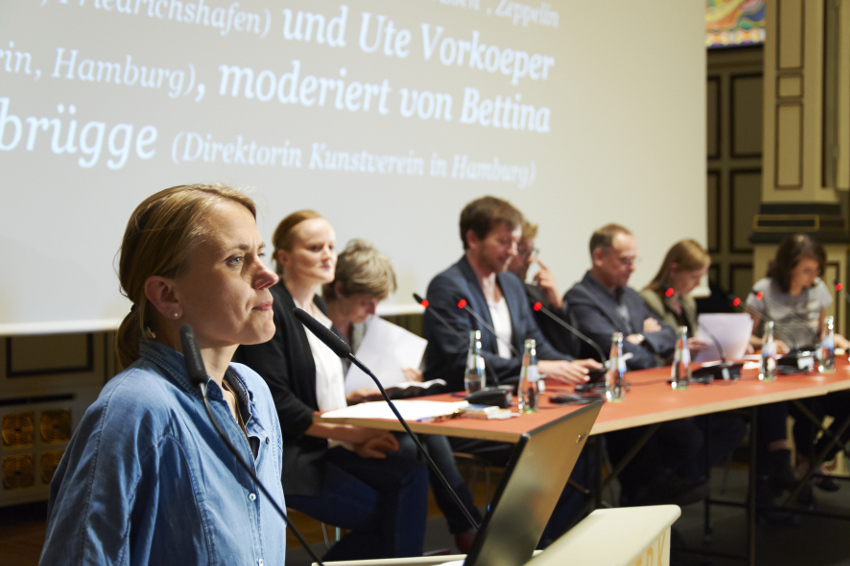 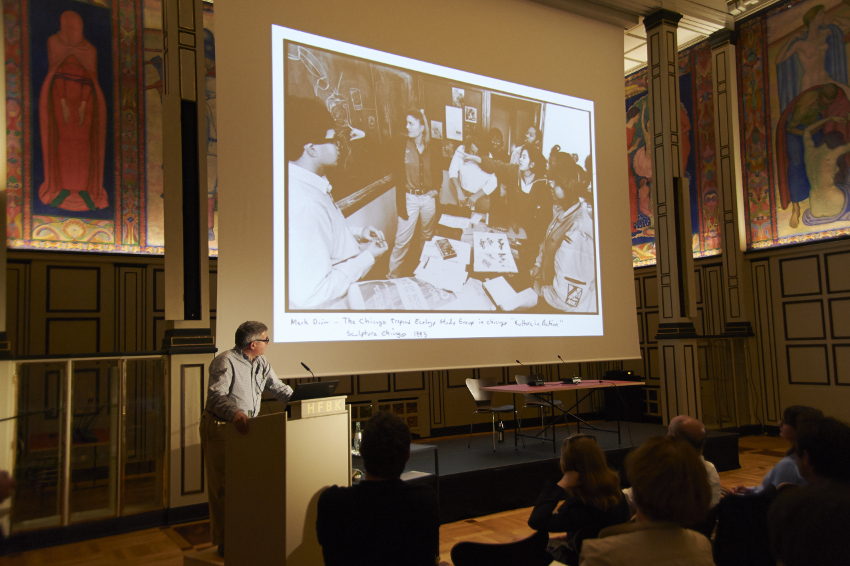 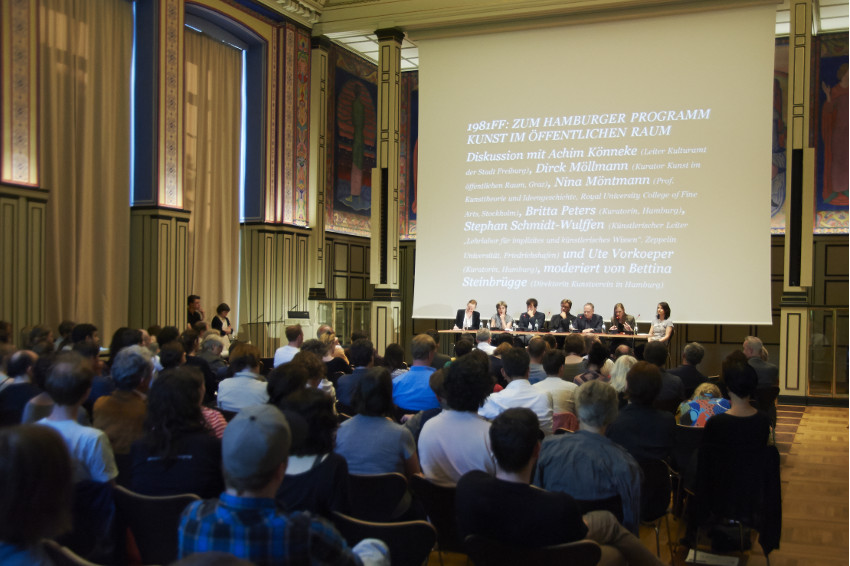 Ute Meta Bauer and Lawrence Weiner during their talk at the opening evening. Photo: Tim Albrecht

The symposium Europe, the City Is Burning addresses the most pressing questions arising from the profound shifts in urban social and political tectonics by bringing together historical and contemporary actors for a reevaluation of these discussions and artistic practices. Artists are invited to be present in a joint conversation to revisit their works and reflect upon the question: What concepts of public/space are emerging in artistic practices today? Speakers include Ute Meta Bauer (Director of the Centre for Contemporary Art at the Nanyang Technological University, Singapore), Joshua Decter (author, critic, New York), Mark Dion (artist, New York), Suzana Milevska (endowed professor for Central and South Eastern European Art Histories at the Academy of Fine Arts, Vienna), Esther Shalev-Gerz (artist, Paris), and Lawrence Weiner (artist, New York and Amsterdam).

Looking into the history of the program, the podium 1981ff.: Art in Public Space in Hamburg looks into certain developments of the city of Hamburg and its implications for the program since 1981: How would the curators involved answer to what art in public space could be today in European cities such as Hamburg? Speakers include Achim Könneke (head of the Cultural Office of the City of Freiburg), Dirck Möllmann (curator of Art in Public Space, Graz), Nina Möntmann (professor and head of department of art theory and the history of ideas, Royal University College of Fine Arts, Stockholm), Britta Peters (curator, Hamburg), Stephan Schmidt-Wulffen (head of LikWi, Zeppelin University, Friedrichshafen), and Ute Vorkoeper (curator, Hamburg), chaired by Bettina Steinbrügge (Director of Kunstverein in Hamburg).

Recent civic movements with their social media solidarity, in cities such as Athens, Madrid, Cairo, Istanbul, New York, São Paulo, have radically changed the distance between “public” and “space” and reflect global citizenship in recovering and reclaiming the city worldwide as a space for democracy: What does it mean for an activist/artistic practice today, and how can art be presented in urban spaces under such conditions? Speakers include Miguel Robles-Durán (assistant professor of urbanism, design strategies at Parsons The New School for Design, New York), Christoph Schäfer (artist, Hamburg), and Bige Örer (Director of Istanbul Biennale).

Until today Europe has often been thought to be the original site of modernity in many histories of the capitalist transition of non-Western cultures. The podium Provincializing Hamburg? inquires about global transcultural practices from different non-European places, and how it opens up postcolonial perspectives on Hamburg. Speakers include Diana Campbell Betancourt (artistic director of the Samdani Art Foundation, Dhaka), Cosmin Costinas (Director of Para/Site Art Space, Hong Kong), Marina Fokidis (Director Kunsthalle Athena), Omer Krieger (curator of Under the Mountain: Festival of New Public Art, Jerusalem Season of Culture), and Joanna Warsza (head of public program of Manifesta 10, St. Petersburg), chaired by Boris Buden (author, theoretician, Berlin).

On Monday, May 26, 2014, a workshop on the subject of the symposium will take place with students from the Hochschule für bildende Künste Hamburg and from the Hafencity University under the direction of prof. Miguel Robles-Durán.