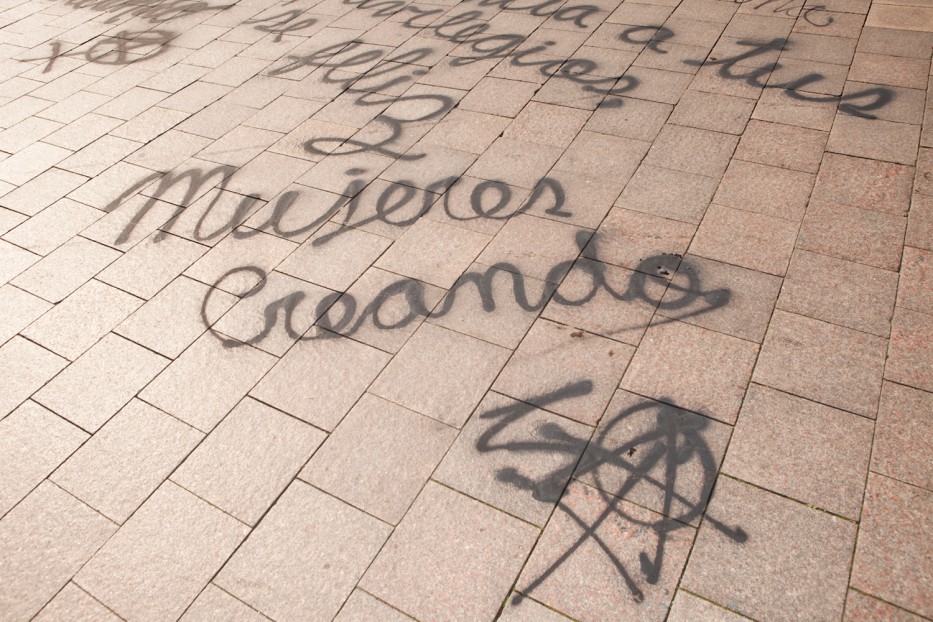 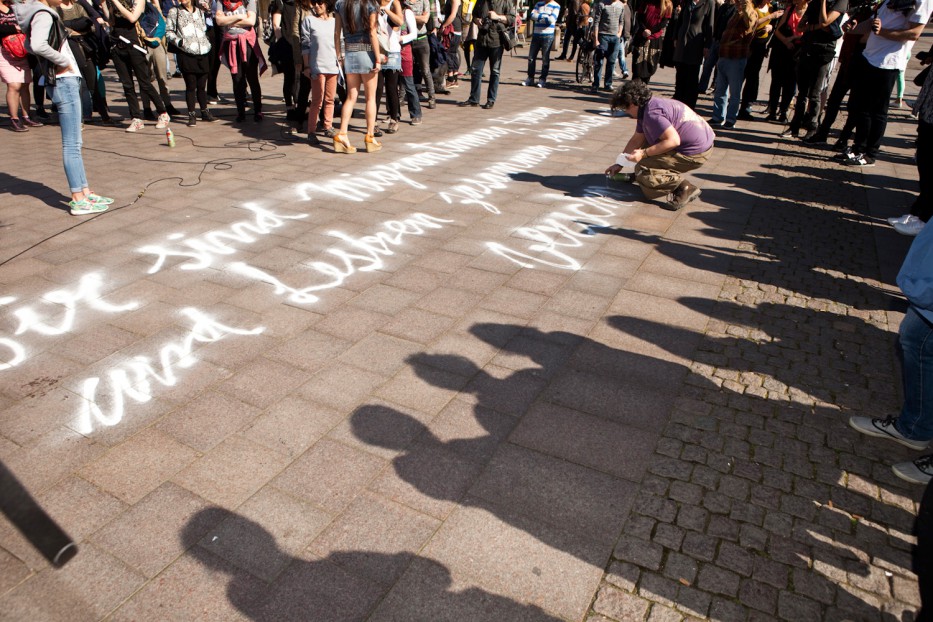 Mujeres Creando is an autonomous feminist movement which was founded in 1992 in La Paz (Bolivia) by María Galindo, Monica Mendoza and Julieta Paredes. Today, the core of the collective consists of women with different cultural, social and ethnic backgrounds who understand creativity as an instrument of resistance and social participation. Therefore, Mujeres Creando has, alongside the fight for women’s rights, prescribed itself a wide spectrum of social problems such as poverty or violence. Mujeres Creando has created a constant presence on the streets by means of actions, graffiti, street theatre, and discussions and demands the right for a voice and participation. Moreover, Mujeres Creando run self-administered social centers, a radio station, publish and produce feminist films. Nowadays, through their work Mujeres Creando are internationally renowned actors in the fight for rights of and solidarity with indigenous women, as well as other socially excluded groups in Latin America.

María Galindo (*1964 in La Paz, Bolivia, lives in La Paz) is a psychologist, radio presenter, former TV presenter and co-founder and director of Mujeres Creando, a feminist organization in Santa Cruz/Bolivia, which campaigns against physical and symbolic violence against women and homosexuals and fights against the injustices in th repressive, patriarchal, colonially marked society of Bolivia. In her artistic-activist practice María Galindo challenges ethnic and social hierarchies, which lead to sexism and homophobia. In activist formats, performances and TV appearances she represents a political artistic position practiced in public space. Exhibitions in, amongst other places: Haus der Kulturen der Welt, Berlin (2011); Reina Sofía, Madrid (2010); 27th Biennale São Paulo, São Paulo (2006).

Andrea Callejas Herrera (*1990, lives in La Paz, Bolivia) studied Political Sciences at the University of San Andres. She is a member of Mujeres Creando since 2012 and took part in several workshops and actions. For over two years she had been closely involved in the administration and organisation of La Virgen de los Deseos, one of the autonomous feminist centres Mujeres Creando is operating in La Paz.