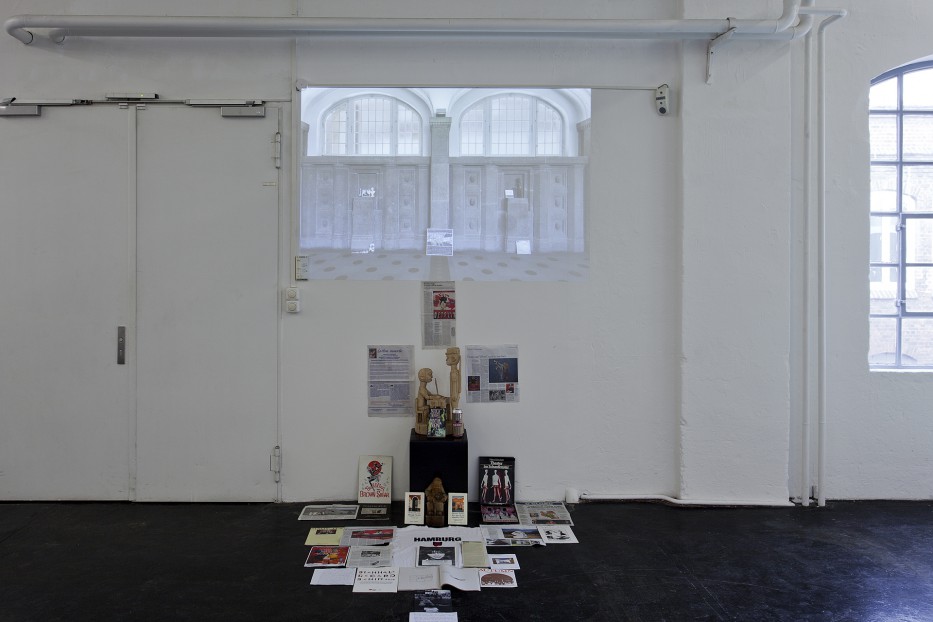 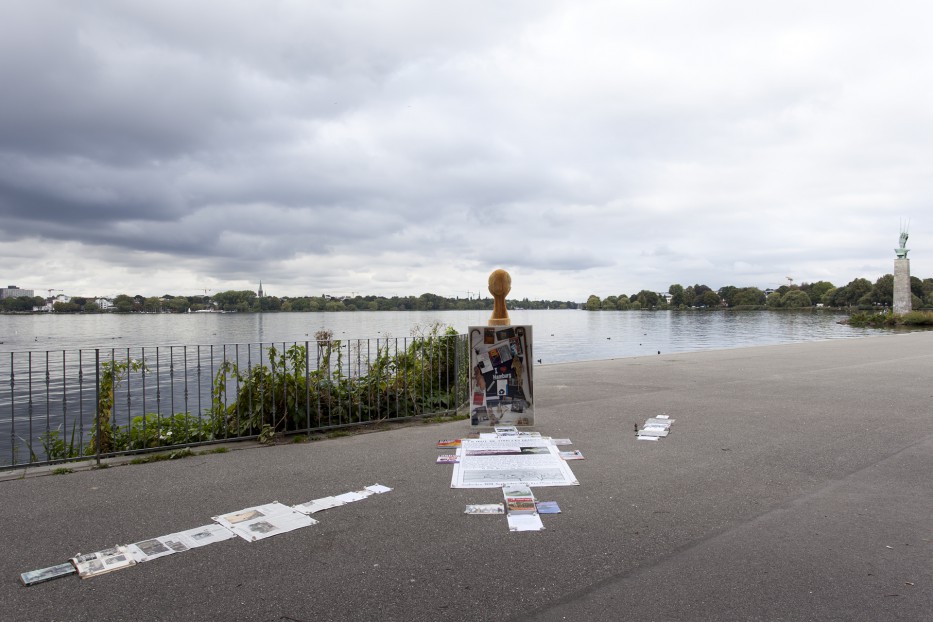 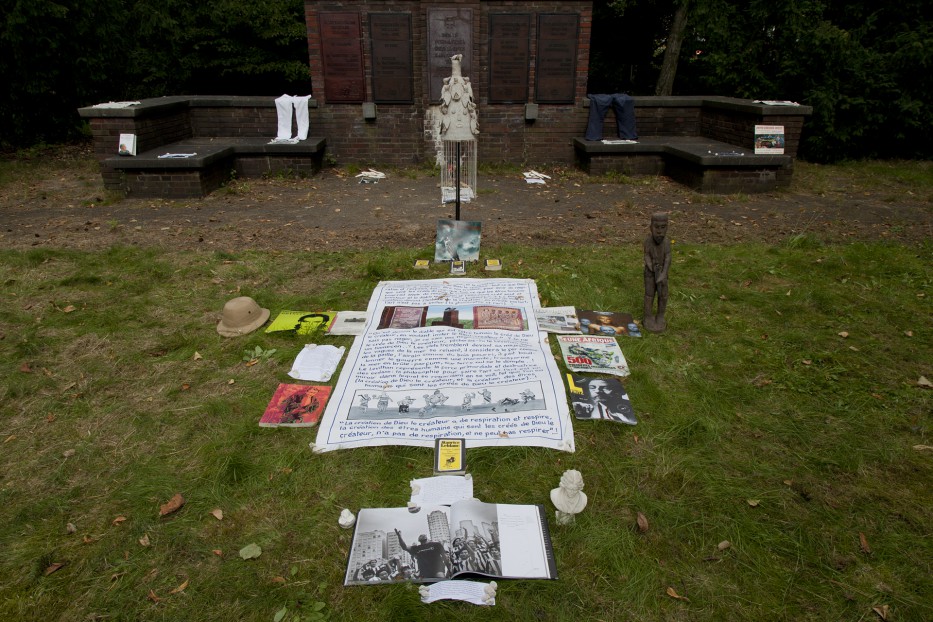 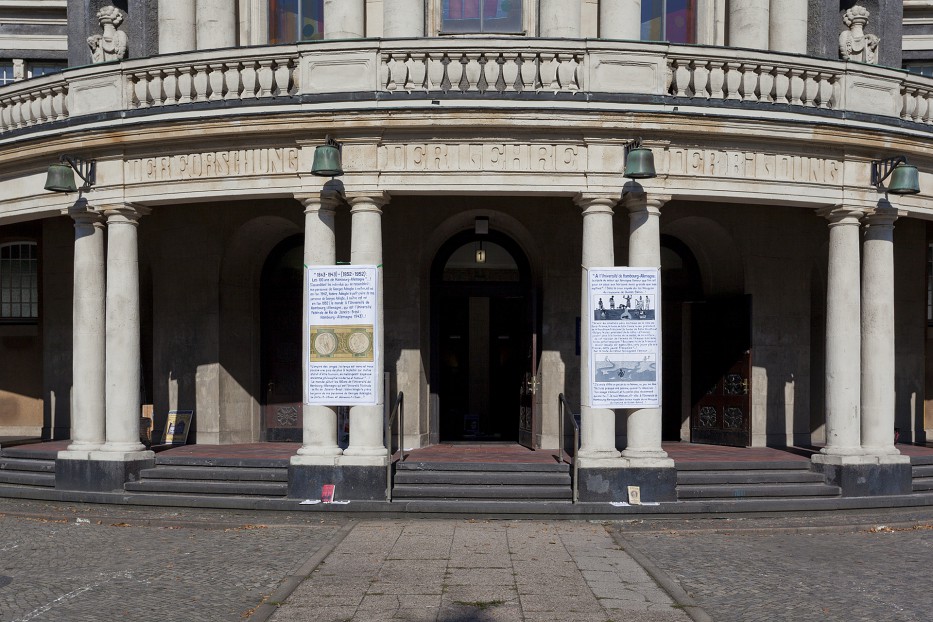 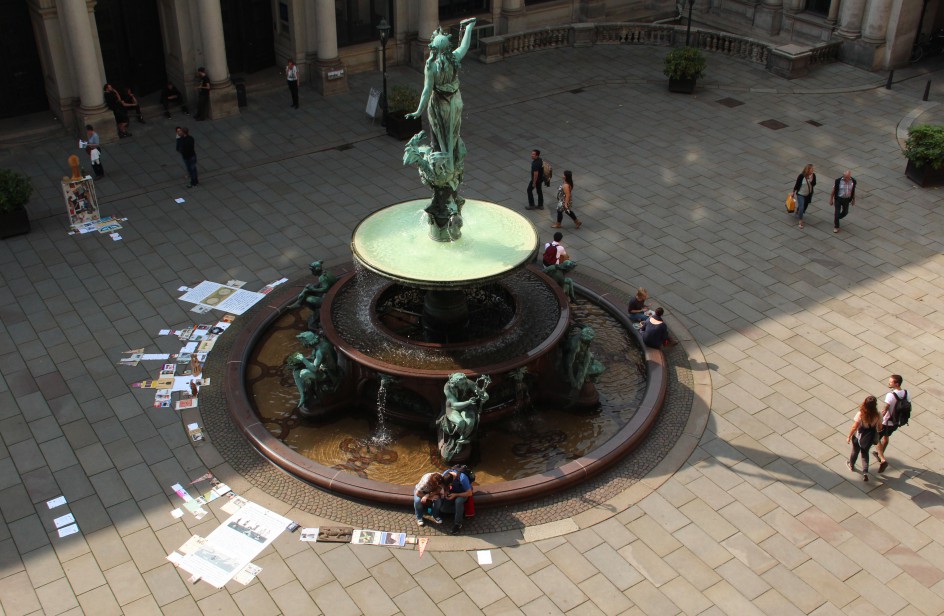 Georges Adéagbo has designed a three-dimensional narrative space for the Altonaer Balkon in the form of a public gallery placed in a vitrine, inverting the usual museum presentation of artistic and religious objects in vitrines. Political, cultural, and historical aspects of the colonial legacy of the Hanseatic city of Hamburg are studied from a transversal perspective and tied to Adéagbo’s own personal stories between Cotonou and Hamburg. The work was preceded in September 2014 by five temporary installations in prominent locations in the history of colonialism such as the controversial ensemble of monuments in Hamburg-Jenfeld.

Georges Adéagbo works with assemblages and installations by arranging found objects of diverse origin, such as books, photographs, craft objects, utilitarian objects, and newspaper clippings, along with handwritten texts to create three-dimensional narrative spaces. The initial elements are transformed by the new contexts and develop into alternative narrations and historical constructions. Adéagbo’s artistic praxis crosses boundaries between historical periods, geographical distances, and national cultures and addresses religious and personal conflicts, colonialism, cultural history, and the mystification of historical figures. Adéagbo’s approach is always site-specific. Objects he collects or has specially made in Benin are combined with materials he finds in the location of the exhibition. In Inverted Space, books and objects acquired from second-hand stores or flea markets in Hamburg and Cotonou are employed as found objects.

The art of Georges Adéagbo (b. 1942 in Cotonou, Benin) has been receiving international attention since the 1990s. For more than fifteen years, the artist has been living and working in Hamburg for several months a year. The actions of Inverted Space are the first presentations of Adéagbo’s works to a broad audience in Hamburg.

The project is curated by Sophie Goltz (Artistic Director of Stadtkuratorin Hamburg, curating public art of the City of Hamburg) and Stephan Köhler (Kulturforum Süd-Nord e.V.)