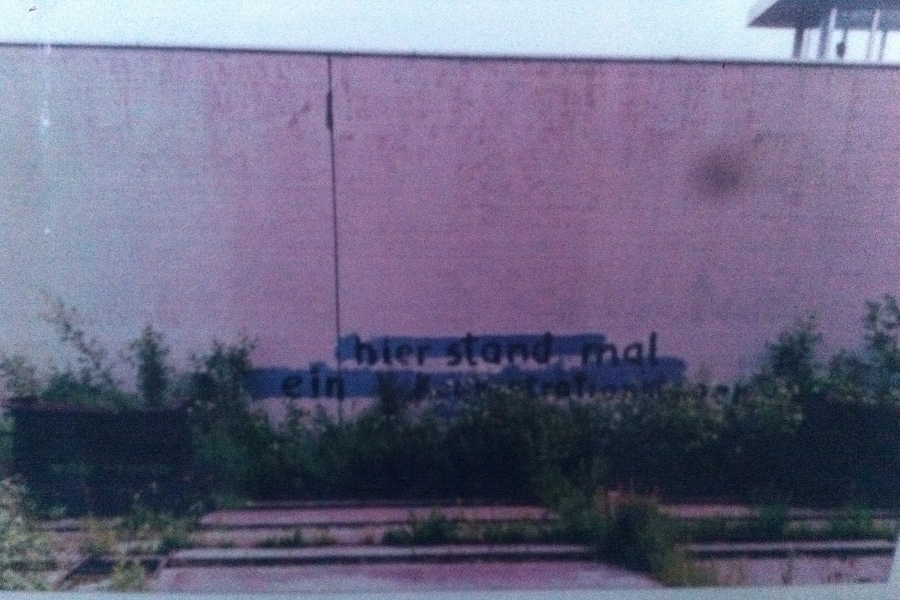 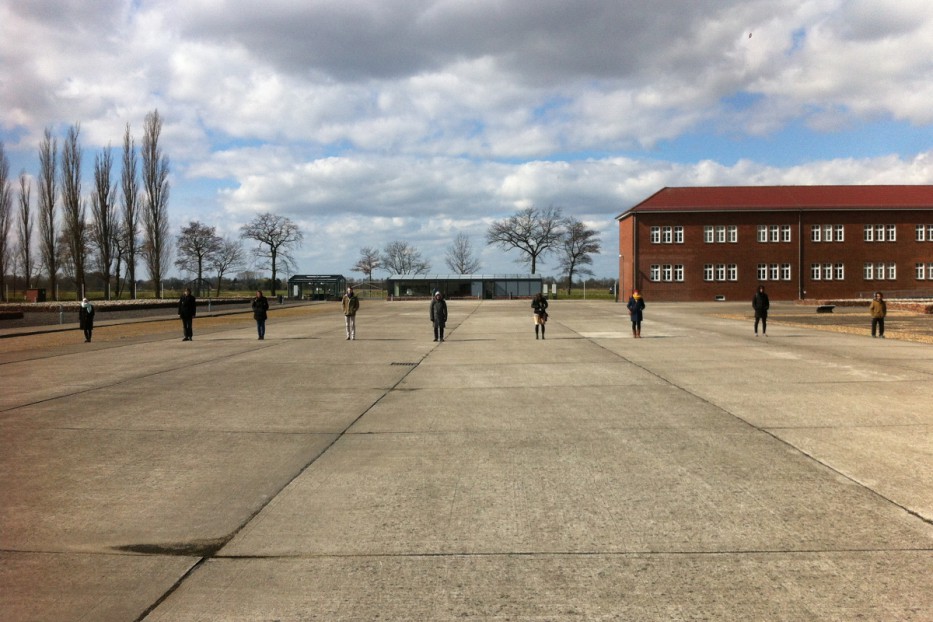 The performance Now (The Camp) refers to the camp as a symbol of dominance and control as well as the site of current social conflicts. In a performative walk at the concentration camp memorial in Neuengamme, the politics of memory, mourning, and resistance from the National Socialist era to the present are questioned and brought up to date: the building and closing of a men’s prison (1948–2004), as well as the squatting of the camp by a group of Sinti and Romas (1989). Politics of commemoration and protest converge, conflict reintroduced in a site of national consensus, a new extension to the historicially reconstructed fence marks the shape of the camp as a spatial and legal state of exception of various biopolitics to the present.